Charity stalwart honoured by mayor for work in Ludlow 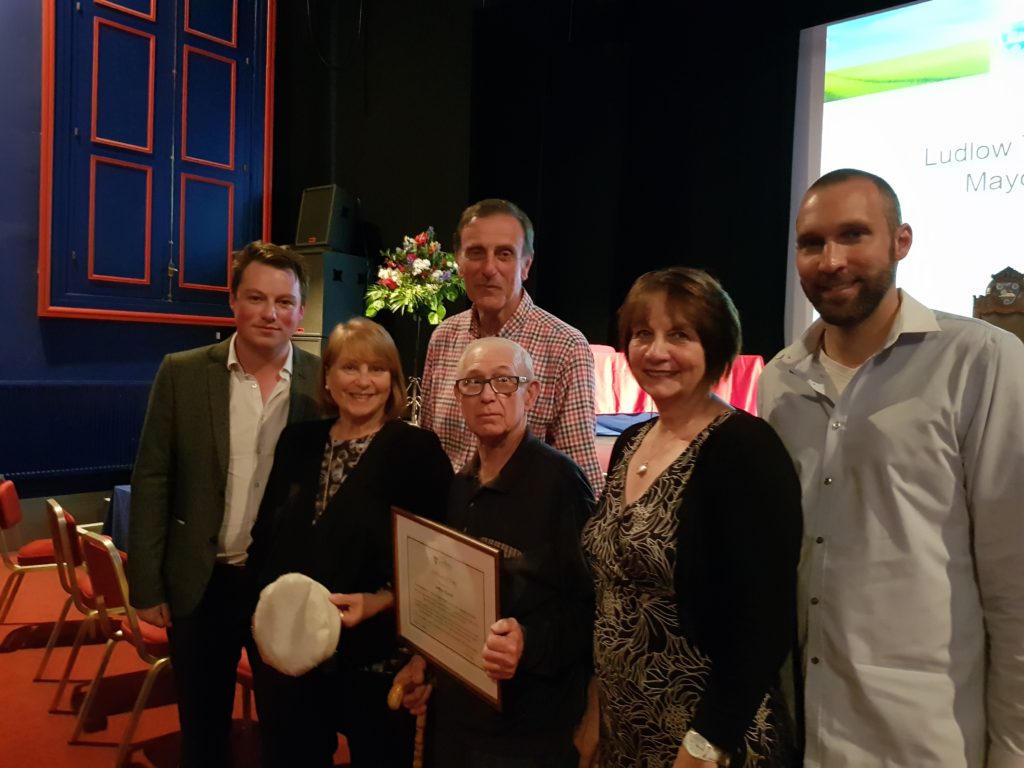 A charity stalwart from south Shropshire has been honoured by the mayor of Ludlow for the work he does in the community.Terry Round, 75, of Ludlow, has been a volunteer at The Furniture Scheme for 12 years and spends most of his time in the charity’s workshop in Friars Walk. He will have stripped, polished and painted hundreds of pieces of furniture over the years – and now he has been presented with a Civic Award to say thank you for his hard work.

But modest Terry said he just does it because he enjoys it.
“I was gobsmacked when I was given the award, I thought it was just a meeting,” he said.
“It was unexpected, I like to stick to the background and just take it as it comes. I don’t see what I do as anything special, I am here because I enjoy it and the people and I get to share lots of skills and teach people them as well.

“It gets me out of the house, I don’t want to just do jigsaws and read books. I am just another volunteer.”

Terry was handed the Civic Award at the Ludlow Mayor Making Ceremony at Ludlow Assembly Rooms on Wednesday night (May 23).
The father of three moved to Ludlow 15 years ago. He has been a decorator all his life, working in the industry from when he left school to when he retired at the age of 66.
In his career he has decorated Bromsgrove Hospital and the Queen Elizabeth Hospital – and since joining The Furniture Scheme he has decorated the Renaissance store in Tower Street and the offices at Rockspring Community Centre in Sandford Road, inside and out.

Di Hyde, Volunteer Coordinator at The Furniture Scheme, said Terry was an integral part of the charity.
She said: “We are thrilled that Terry was chosen by the mayor Tim Gill as a recipient of the Civic Award.
“Terry is invaluable to our charity, his contribution is second to none. He spends most of his days in our carpentry workshop and is always willing to give his time to restore and upcycle donated furniture to an extremely high standard. He makes a huge difference not only to our charity and the work we do, but in turn to the people of Ludlow, he is an excellent mentor teaching less able volunteers new skills, creates beautiful pieces of furniture for their homes and this helps to raise much needed funds to support disadvantaged families in the town. He deserves this recognition and celebration.”

The Furniture Scheme was launched over 20 years ago as a way to ensure some of the most excluded members of the community could benefit from recycled household items – but the charity has grown and now offers computer courses, carpentry workshops and volunteering in the garden, among other things.