Charity helps people get on their bikes 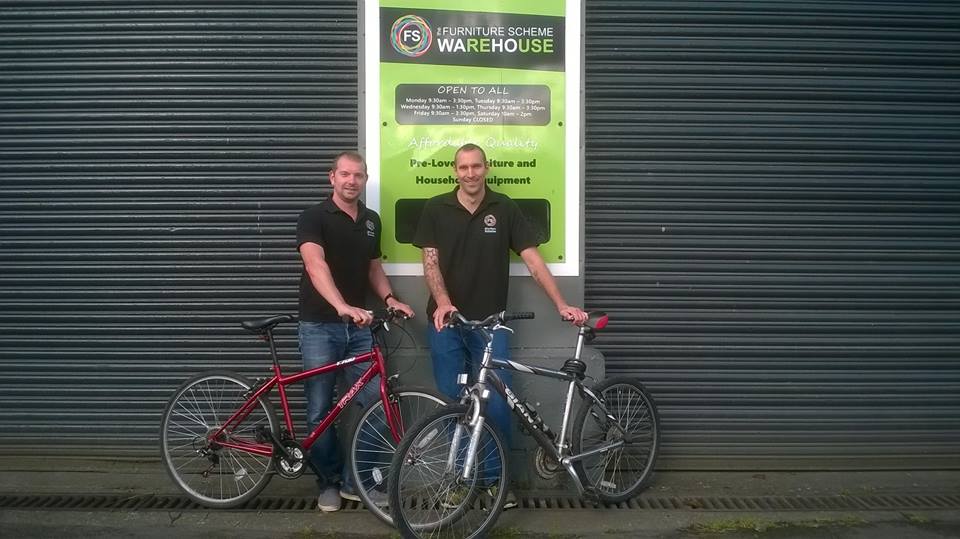 A charity in south Shropshire best known for furniture is getting on it’s bike. Literally.
The Warehouse on Weeping Cross Lane, Ludlow, run by the Furniture Scheme, will start selling refurbished bikes from Tuesday (August 22).

The charity has introduced the move after being donated a large amount of cycling equipment and teaming up with industry experts.

Operations manager James Cooper said: “We are delighted to be able to offer bikes for sale as well as the furniture and other goods here.

“People who need transport could pick up a very high-spec bike for not a lot of money thanks to the donations and help we’ve received.

“We’ve built up quite a collection and will have both adult and children’s bikes for sale.”

The charity has been donated parts their partners Reviive and Ludlow’s Epic cycles.
And anyone looking to buy a bike can get 10per cent off as part of an introductory offer which runs until August 31.

Members of the local community have been trained in how to construct or repair a bike from parts under the charity’s commitment to helping local people gain self esteem.

“We have seen many people learn new skills in furniture restoration as part of the work that goes on in the warehouse, now it is time to offer something new for others who may be interested,” James added.

“We have been looking to launch the bike sales for quite a while now and we are delighted that we’ve reached the stage where we can now have them on offer.

“Cycling is such a positive activity as it keeps people fit but also helps people access employment opportunities if they are without a car.

“We want those who can’t afford to buy new to be able to access good quality, refurbished bikes at affordable prices.

“Any profits will help fund the charitable work of the Furniture Scheme.”

The Furniture Scheme has been supporting people in need in South Shropshire for
more than 22 years. The charity was initially formed to address growing concerns
about the amount of waste going to landfill.

It recycles or repairs donated furniture and household goods before passing them on
to those in need or selling them to raise much needed funds at one of their shops.

As well as the Warehouse, The Furniture Scheme runs Renaissance on Tower Street, Ludlow, and the Charity Bookshop and CasCA in Craven Arms.